„Well, well, changes that have been underway for a long time can sometimes come about in the blink of an eye. Last week, Mike told us that he wanted to leave the band permanently. The rest of us did some serious thinking and soul-searching, sat down and had ‘the big talk’ and came to the agreement that the only way to continue the band was to part ways with Mikkel and Morten as well. During the last year we have been working on a new album and it has become clear that we no longer share the same vision and enthusiasm about the direction and the future of the band. Martin, Rene, Mike and I wanted to play faster, heavier and more modern (yet old school) material, but for the band as a whole this evidently didn’t work out.

We hope that our fans will understand and appreciate the fact that we actually tried for the better part of a year to make the situation work, despite our differences. In the past we managed to turn those very differences into our strength by complementing and inspiring each other. But during the last couple of years we all felt that we had to compromise ourselves in different ways, which of course frustrated us all – both when we played the old material and when we tried exploring a new and fresh sound. Martin and I actually came frighteningly close to disbanding the band less than a year ago, but luckily we came to the agreement that we owed ourselves and the fans to try a final time to make things work. We tried to overcome our frustrations by perfecting, evolving and invigorating our style together as a band. However, the natural joy and the ease with which we had cooperated in the past didn’t return and for a long time we have felt further apart musically than ever before.

In many ways this is a painful choice. But it also allows us to close a chapter in the band’s career and our shared lives, that we’re all immensely proud off, in a dignified way that doesn’t let ourselves or our fans down. Nobody would be better off if we released an album that we didn’t all truly believe in and felt as fiercely passionate about as we have done about all of our past albums.

The sad but obvious truth is that the past will never return. Mercenary as you know it is now dead and buried. Rest assured, however, that René, Martin and I will continue Mercenary in the best way we possibly can and with a newfound sense of integrity and purpose. So far we have had an immensely fruitful songwriting process with lots of mutual inspiration, understanding, synergy – and most importantly – good, plain, old fashioned fun, which is what it all ought to be about. We feel that we’re finally all in agreement about the future direction of the band and that this will be the strongest and most united incarnation of Mercenary ever. In terms of creativity, motivation and the everyday-practical-getting-shit-done-aspects, the band remains fully intact. The new Mercenary will be back to shatter everybody’s balls in 2010.

On behalf of all of the guys, we’d like to give our most humble and sincere thanks to all the fans, bands, press, promoters and others who have supported us throughout the years and made this one hell of a damn fine ride. As a final nod from the old incarnation of Mercenary to the fans, we’ve included a video from our tour with Arch Enemy, where Mikkel joined them on stage Italy for the track ‚Burning Angel,‘ as this tour and this experience was in many ways the highlight of what we managed to achieve together. 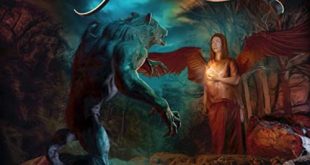