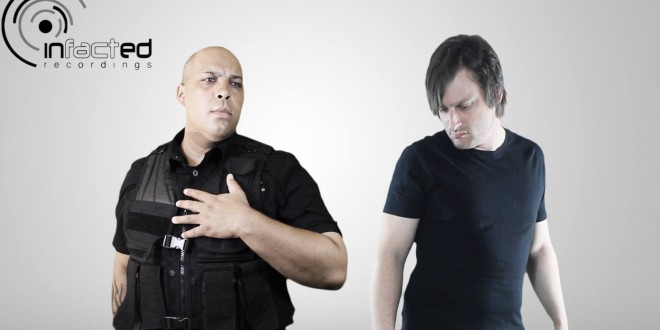 Damien Rave: When did you found the band Ruined Conflict?

Xavier: During 2009 to 2010 Eric and I were seeking the same as far as a project went involving electronic and industrial. At that time we mostly sat in the studio and made a library of sounds and midi patterns. All that we would need to form a new project. After about a year we had about twelve songs written and to the point of mixing down and mastering. We decided to follow through with our gut feeling and start the project in 2011.

Damien Rave: What is the meaning behind the Band Name?

Xavier: We wanted a name that stood out and made a statement, a name the explained who we are as people and musicians. As we all know crisis and outrage is overwhelmingly rising and this is a time I think we all would like to see humanity legion and reformed once again. We wanted a name that when people listen to us would give a bit of comfort. We want every one to believe in themselves and find answers to problems in unity not in hate. We felt Ruined Conflict was a name when put together would describe everything I have mention above.

Damien Rave: What kind of music do you enjoy yourself?

Xavier: I listen to a lot of Classical and Indie pop but electronic music I have always found fascinating . Every aspect of analog and sequencing makes make me addicted to most styles of electronic music.

Damien Rave: What Bands or Which artists are your biggest inspiration for your music?

Xavier: Well My favorite artist are Lykke Li and Lana Del Rey. I find there style very creative and there voices very captivating. Two very inspirational style I listen too, but as far as electronic music a lot of my influence comes from Kraftwerk and Depeche Mode.

Damien Rave: How do you feel about beeing compared with VNV Nation?

Xavier: Our sound is influenced by many different style of electronic music and ballads, Since we are a Alternative electronic band I can see why,but really it all comes down to my voice and vocal style, but I can’t change the way I sound whether I sing soft,hard,low or high I am just going to be compared and criticized for it either way. It does not bother me especially since Vnv Nation is a Icon in the electronic world and has impacted the scene in great ways.I would like to see fans and the media look at us as Ruined Conflict and not just a artist that sounds like another artist .As a new artist we do look forward to making a name for ourselves and generating new styles of electronic music. This takes time but we are very motivated individuals and look forward to this challenge.

Damien Rave: What are your plans for your future projects, you wrote you want to bring EBM to a new level?

Xavier: Future projects I am working on consist of a few styles of Electro and Electronic pop together to bring a nice trance feel to the clubs. I am bringing a female vocalist and a few other special vocalist to make a nice album of nothing but clubs tracks specifically for Djs.

Damien Rave: Is there any chance to see you in europe next year?

Xavier: Europe is on the table, it is just a matter of getting there and touring. Like I said before we are a new artist and we are working hard to establish a good fan base. After only a year things have gone well for us, so we do hope we can make Europe happen next year. If anything at lease be able to get into a festival and go from there. 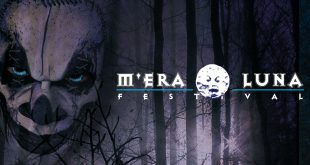 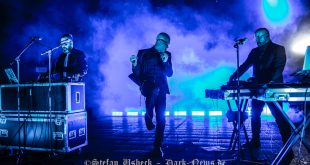 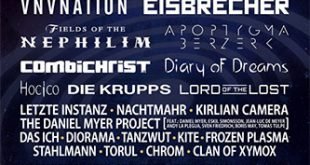