Michael Poulsen: „Everyone,
I’m on my feet again, and I’m doing fine. I got really sick when the European tour started, shitting/puking all over the place, muscle ache and high fever, and couldn’t really eat any thing without feeling bad. But that had happened so many times before, and nothing was going to stop me doing what I love the most. Being on stage and playing the songs for you guys and ladies. 10 minutes before stage time I felt really bad and dizzy, and my whole body was really heavy. I felt weak and I had chest pain while breathing. I only remember playing the 2 first songs. Every time I was trying to breath I felt dizzy and couldn’t see anything else but sharp light/stars. I couldn’t do my vocals well or move well since the energy was simply not there. My mind and body were not working together and it ended with a collapse, and I was rushed to the nearest hospital. The doctors said that it was crazy to play the shows while I was sick, and they were surprised that it didn’t happen to me earlier. All the tests they did at the hostpital were fine , and every thing looked good. Actually I’m in really good shape and my heart and blood are fine.

I’m sorry to let you people down, but in my heart I know you understand, and I thank you so much for your concern and kind words and support. I owe you everything. I will be back on my feet to kick some ass again in the US from December 5th supporting Metallica.

There will be another show in the beginning of the new year, so keep an eye on our website. 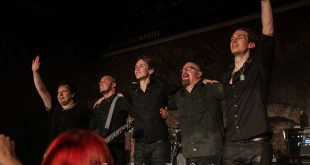 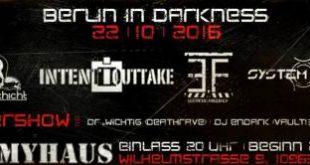 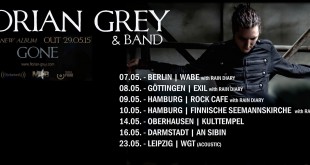 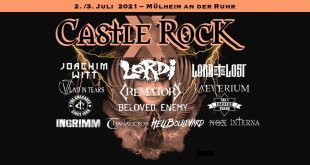